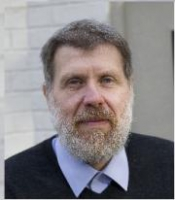 Institute of Physics of the CAS, Prague, Czech Republic, EU

E. Hulicius graduated from the Department of Solid State Physics of the Faculty of Nuclear and Physical Engineering of the Czech Technical University in Prague in 1973. Since 1972 have been working at the Semiconductor Dep. of the Institute of Solid State Physics, later Institute of Physics of the Czechoslovak (later Czech) Academy of Sciences, v.v.i. Here was granted the CSc. (= Ph.D.) degree in 1981, the subject of thesis was "Degradation of semiconductor lasers". Associated Professor at Czech Technical University in Prague from 2005, habilitation: "Optoelectronic Semiconductor Heterostructural Devices". Supervisor of 2 bc., 8 diploma and 8 Ph.D. or CSc. theses and 2 post-doc. grant projects. He is the head of MOVPE laboratory of the Institute of Physics of the Academy of Sciences located in Prague (from 1991). He is also teaching at several faculties at Czech Technical Universities (CTU Prague, TU Liberec).

Scientific memberships:
Member of the scientific and org. committee of more than 35 National or International conferences. Member of Scientific Council of Institute of Physics of Czech Acad. of Sciences, from 1994, vice chairman 2003-5, chairman 2005-7. Member of Scientific Council of Institute of Radio and Electroeng. of CAS, 2004-7. Member of Academy Assembly from 2006 and Council of Inst. of Phys. CAS, v. v. i. from 2007. Member of IEEE, LEOS and the Committees of Nano-section of the CSNMT and the Czech Physical Society - chairman of its Semiconductor division. Expert of EU for project evaluation and reviewing from 2001, from 2008 member of EAG-NMP, from 2009 member of Steering com. of the ESF-EPSD.

Grant project activities:
Contractor or co-ordinator of more than 30 Grant projects (including 8 EU projects - e.g. ADMIRAL, GLADIS, NEMIS, ...) and in 11 others have been as a participant during last 21 years. The projects are from three fields: Semiconductor lasers, LEDs and laser structures; Porous-Si and MOVPE technology, AIIIBV layers, nanostructures and devices. Co-ordinator of: EC European Nanotechnology Network - Index: 52 "MOVPE prepared materials and structures for electronics and optoelectronic devices" (from 2001) and affiliated partner of EU Network of Excellence - "Photonic Integrated Components and Circuits" (ePIXnet, 2004-09). GaN:Fe studies – MDA-USA “radar” grant project (2008-2011).

Industrial applications and external co-operation:
More than 50 establishments in Czech Republic, Europe, and USA, mainly in the field of semiconductor lasers and diodes.

Publications:
Author or co-author of more than 360 scientific publications (91 were published in impacted journals) to which more than 610 references appeared in the literature according VoS, he presented 32 invited conference lectures and write contributions to seven monographies. His h-factor is currently 13.